Direct Climate Action For a Change

A marketplace to accelerate the energy transition, sending capital where it’s needed most.

Reneum is creating the first green marketplace to accelerate the energy transition. Reneum is a solution for everyone disillusioned by false climate promises and who understand the urgent need to pull the plug on fossil fuels. Focusing on the production of green energy rather than carbon drawdown, we offer a novel approach to environmental action. We use blockchain to fund renewable energy, leveraging the technology to verify every clean megawatt-hour produced and trace the journey of every single dollar spent. Stakeholders can finally look under the hood at the impact they’re making.

Our journey starts with renewable energy, but will expand to fund other environmental causes as we reach our clean energy targets. With our intention to transition into being DAO-governed, Reneum will become the hub of citizen climate discussions and direct climate action

The energy transition is currently too slow and too small. We need to mobilize markets to move money from where it is harming the planet to helping it. We need to wake up from hibernation and act now.

is impacted by energy, making renewables the biggest lever available to impact the climate.

funding into fossil fuel, equal to 7% of global GDP vs only US$300 billion to renewable energy.

penetration globally, instead of the 80% needed to reach 2030 targets.

We are tired of the false climate promises from governments and companies. And despite the financial tools available to us, our reappropriation of capital to fight climate change is glacially slow. Meanwhile the clock is ticking. Reneum is a solution to bypass the failing traditional system and allow every individual and entity to interact directly in a fully verifiable and effective way.

Light on Blockchain, Heavy on Renewables

The power of decentralization in Web3 is a key foundation for us in fulfilling our mission. Building Reneum on the blockchain allows for complete transparency and efficiency for each transaction, from purchase on the Reneum marketplace to delivery of funds to the project. No bureaucrats, no middlemen, no sneaky commissions. You can now view it yourself and do it yourself.

Even though the cost of renewable development is falling and we have a global abundance of capital, the energy transition away from fossil fuels to renewables is too slow. Reneum provides a solution by creating a marketplace to funnel capital directly to those who need it most, using financial instruments to become financially instrumental in accelerating the energy transition.

Not a Greenwashing Machine

Empowering a new wave of climate heroes who can be proud of being part of the fight against fossil fuels and climate change, we are not here to be the next vehicle for corporate greenwashing. Through Reneum anyone can demonstrate their commitment and join the movement that provides a solution of direct climate action. 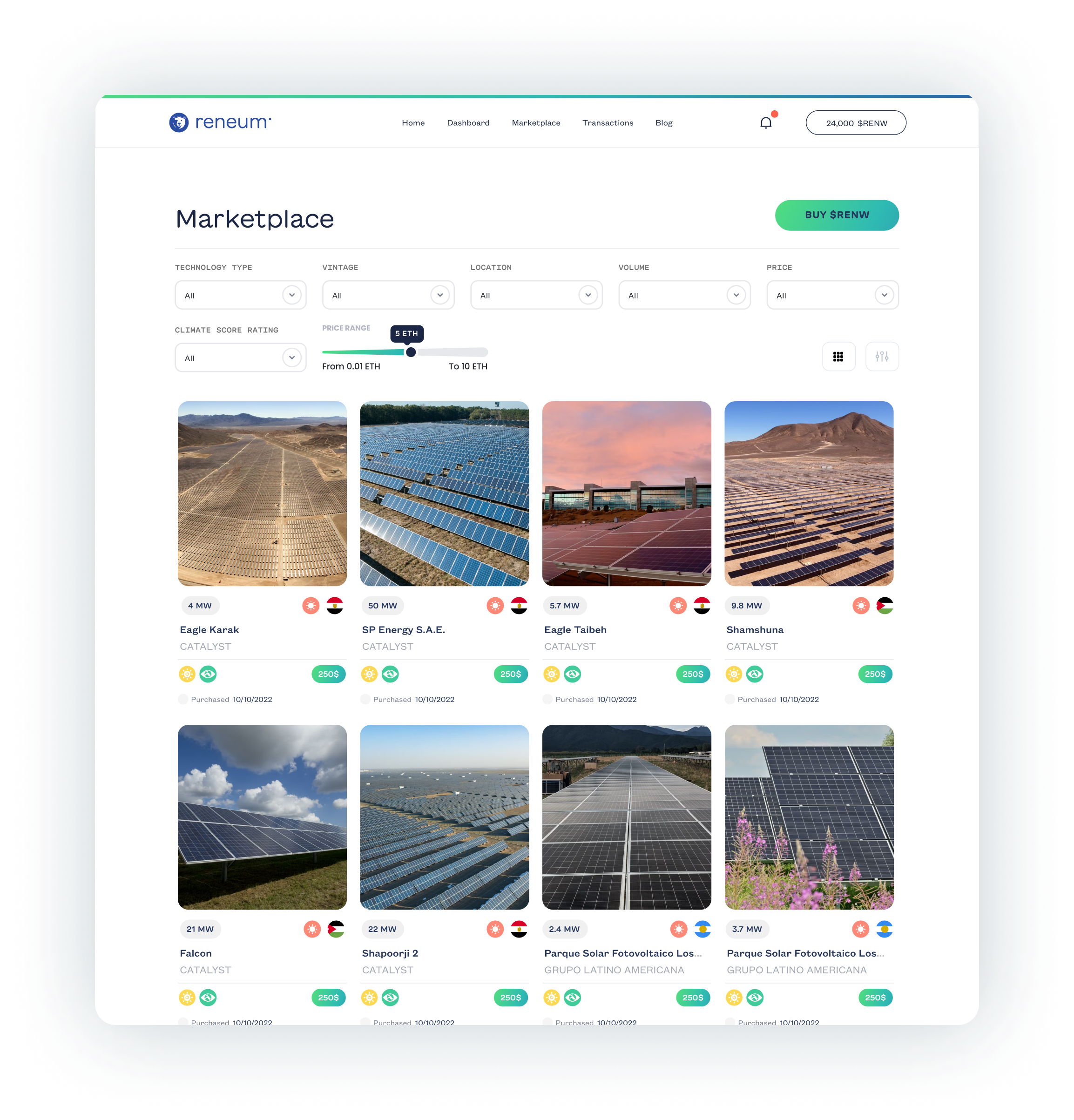 Reneum empowers individuals and provides them with the means to participate in and help transition to a world where everyone’s lifestyles are powered by clean, bountiful and green energy. 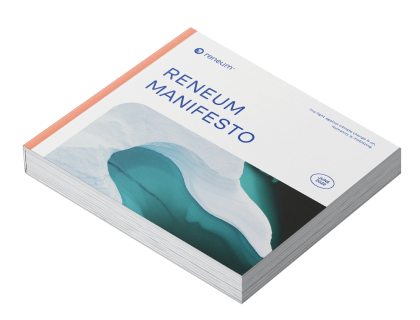 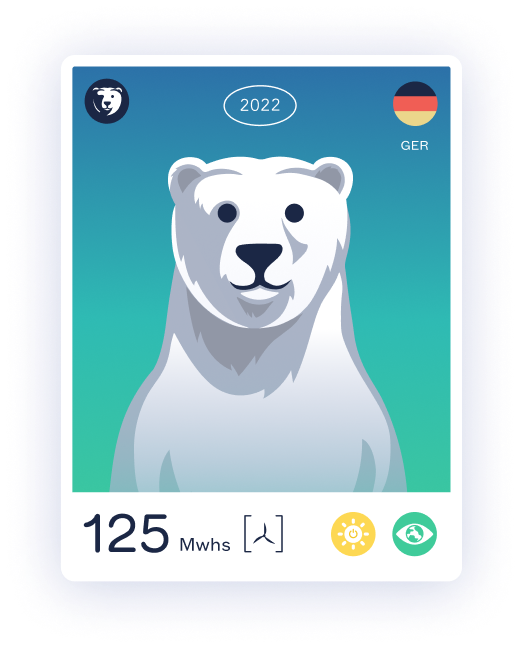 Why join the Eisbaer family on their journey?

We are creating a community of climate heroes and we are here to leave a positive legacy.

After greening your energy footprint on the marketplace, you receive a 'verified green' receipt in the form of an Eisbaer NFT, which serves as ‘proof-of-impact’ and full membership to the Reneum community. These feature artwork inspired by the narrative of the Eisbaers – a global family of bears being displaced by climate change. Charting their journey through a desperately changing world, these Eisbaer NFTs represent your green values. 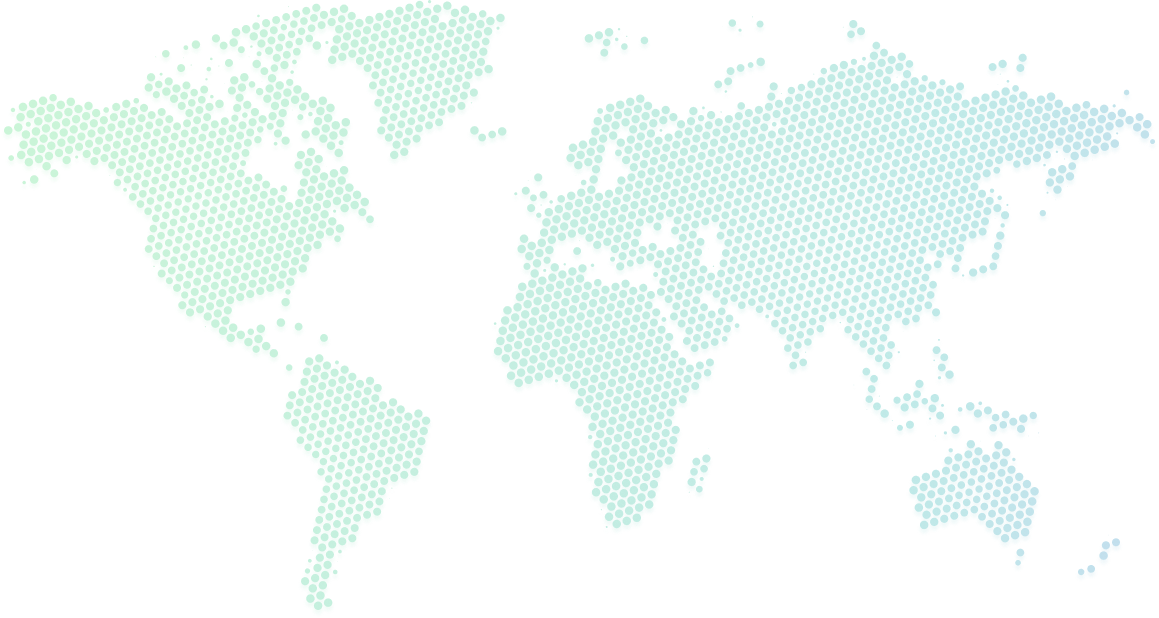 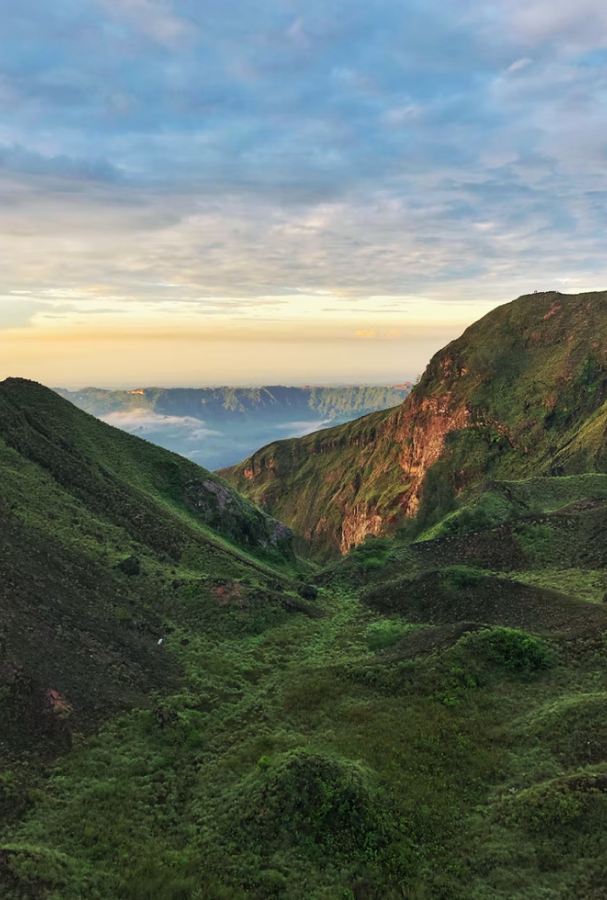 Hey You, Join Us!

Reneum is starting a movement fueled by Like-minded individuals who care about the future of the planet and want to empower and be empowered.